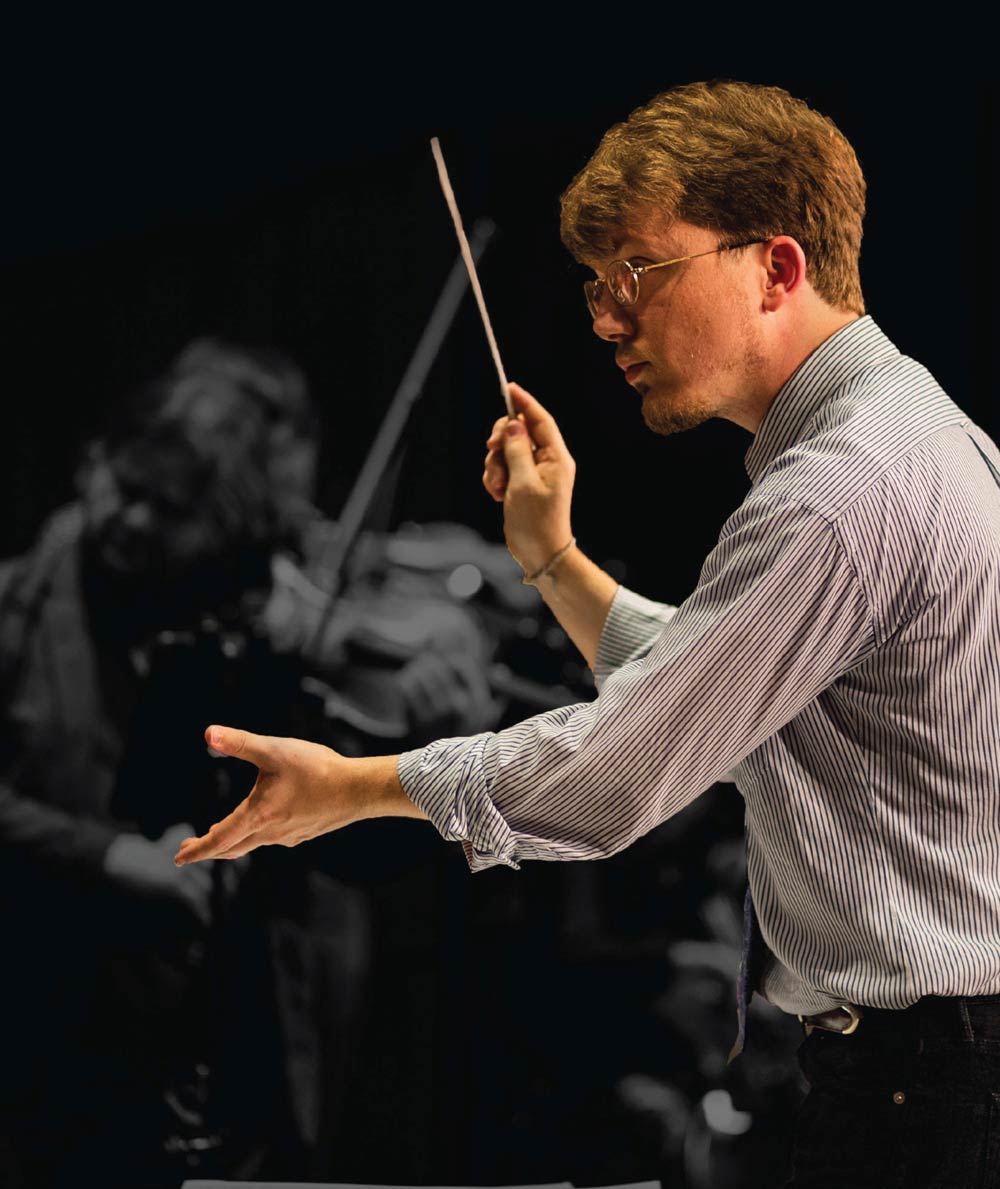 An award-winning conductor/creator, Chris David Westover-Muñoz has conducted and curated programs for wind ensembles and orchestras nationally and internationally. He was awarded First Prize by the jury of the 2019 Warsaw Wind Ensemble Conducting Competition and his work has been described as “elegant, bold, vibrant, inspiring and centered,” by Augusta Read Thomas. Dr. Westover-Muñoz is assistant professor of music at Denison University and was recently named Music Director Designate of the Newton Mid-Kansas Symphony Orchestra.

Westover-Muñoz sees his work as a conductor as equal parts collaborator, curator, and creator. His work is primarily motivated by the social function of music–how music brings people together to engage with the challenging issues of our time through the collective act of music making.

Prior to his current appointment at Denison, Dr. Westover-Muñoz led wind ensembles, orchestras and operatic performances at Bethel College (KS), the University of Oklahoma, and the Meadows School of the Arts at SMU. He has received acclaim for his performances with educational and professional ensembles in the US and abroad. Since 2017 he has been a frequent winner of the American Prize for Conducting in the choral, orchestral, and wind ensemble divisions.

Dr. Westover-Muñoz maintains an active profile as a research scholar and has presented his work on Vincent Persichetti and Beethoven at Hong Kong Baptist University and the conferences of the College Band Directors National Association and Internationale Gesellschaft zur Erforschung und Förderung der Blasmusik. His album of IWW music will be recorded and released in 2022. He has conducted across the United States and in the People’s Republic of China and maintains a relationship with ensembles and conductors in Poland.